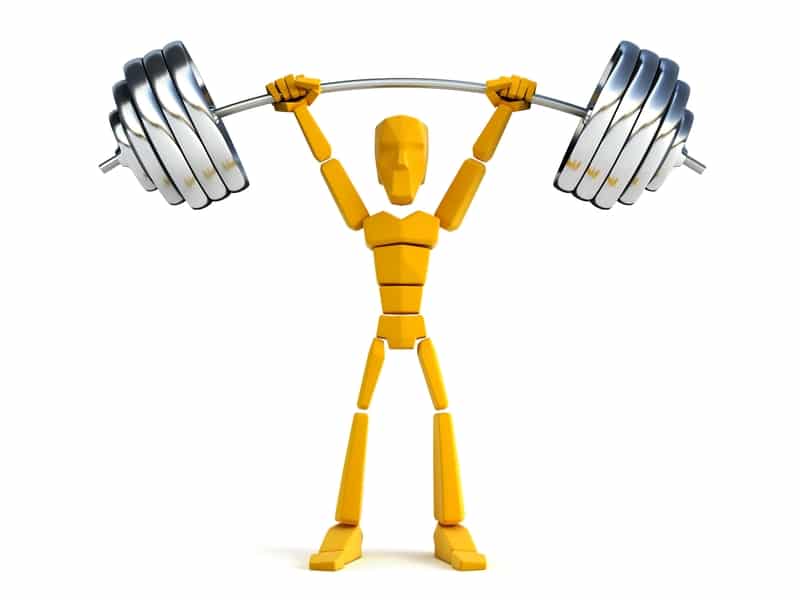 Protein is essential for building, repairing, and maintaining the human body.  It’s such an important nutrient that it’s actually responsible for the results we see in our genetic expression.  This means that the diseases you have (or don’t have) and the size and shape of your body are determinant upon the action of proteins in your system.

The whole trouble is when we take such a complex form of health and nutrition, and lump it all under this label called “protein.”  What proteins are, and what they do, are as variant and complex as anything in nature.

Proteins are sequences of amino acids (building blocks) that come together to create structure and functions.  The reason that animal proteins (like meat) are so highly touted for being high in protein is the occurrence of the amino acids that have been utilized by the animal to form their flesh.

Obviously the word is out now that all proteins are not created equal, and the source of your animal products is far more important than whether or not it’s considered a good source of protein.  If you eat ruminants like cow and bison, then you need to be sure it’s not diseased by being fed an inappropriate diet.  It must be grass-fed, and grass- finished to even qualify as an appropriate food to feed anyone.

The reason that so many people are able to thrive on a vegetarian diet is that fact that these amino acid (building blocks) are found in thousands upon thousands of different foods other than the standard chicken breast.

Even though animal flesh is heavy in amino acids, many people make the switch over to vegetarian sources because of the energetic quality of the meat, and the inherent pain and death that comes along with it.

What you are provided with here are 10 excellent sources of vegetarian protein, so that you can take advantage of some cleaner-burning fuels, and build your body out of intelligent building blocks.

1.  Spirulina – Spirulina has the highest concentration of protein of any known food at 65 to 71 percent protein by weight.  Spirulina made the list because of it’s time-tested historical value of being the primary protein source for the people of Mexico City for THOUSANDS of years.  It’s also a rich source of antioxidants, nucleic acids (DNA and RNA), enzymes, and polysaccharides.

2.  Chlorella – Chlorella contains about 60 percent digestible protein, which far exceeds animal foods like beef and chicken (at just 18 to 30 percent).  Chlorella is a single-celled, water grown algae that tends to be much more digestible than other high protein algae for most people.  Chlorella contains more chlorophyll per gram than any other food, which is exactly how it’s name was derived.  It’s an excellent detoxifier of heavy metals and pesticides from the body.  Chlorella is also rich in calcium, antioxidants, RNA, and Chlorella Growth Factor (CGF) which is a potent body builder.

3.  Hemp Seeds – Over 35 percent digestible protein by weight.  Hemp seeds contain the greatest amount of edestin which is widely regarded as the most digestible form of protein for the human body.  Hemp seeds are also provide a nearly perfect ratio of Omega-3 and Omega-6 fatty acids.

5.  Colostrum – Colostrum is factually nature’s first food for mammals.  This critical “first milk” is what provides the essential protein and growth factors that triggers our first boost in development.  Why this is such a relevant food right now is the fact that colostrum is scientifically proven to be 3 times more effective against illness than flu vaccines. When a human is born, and doesn’t receive the colostrum from their mother, they are missing out on the critical antibodies and immune weapons that set the structure for the person’s health throughout their entire life.  Your thymus gland is the master regulator of your body’s immune system. When you’re born your thymus is the size of a small orange, but for most people by the age of 40, it’s shrunken to the size of a pea!  Colostrum is scientifically proven to REGROW your thymus gland. It has 87 different growth factors, every known amino acid, and every essential fatty acid.  This is nature’s most complete food, period.

6.  Blue-Green Algae – AFA Blue-Green Algae is a truly wild food that contains excellent amounts of antioxidants, minerals, nucleic acids, and amino acids.  It’s a complete protein that’s 60 percent protein by weight. It also contains an impressive amount of the rare antioxidant phycocyanin, which helps protect against free radical damage and assists in the attachment of one amino acid to another.

7.  Raw Milk and Yogurt – All nutrients depend upon other cofactors for them to be assimilated.  Vegetarians utilize milk as a source of complete protein because it also provides the Vitamin A and Vitamin D that are needed to actually assimilate the proteins.  When milk is pasteurized it is heated to temperatures that destroy the delicate proteins and minerals that would be found in it.  Homogenization destroys the butterfat globules (so the cream does not “rise to the top”), and this process has actually been linked to heart disease.  Dairy has been a staple food for societies for thousands upon thousands of years.  If you’re going to utilize dairy foods, check out the Weston Price Foundation Website to connect with farmers in your area who are providing organic, REAL raw milk.  RealMilk.com

8.  Eggs – The storied history of the value of eggs can be dated back to images carved on Egyptian Pyramids.  Eggs are a very rich protein food, and because of this they’re often mistaken as being part of the “meat group”.  In actuality an egg is simply one complete cell, and a multitude of vegetarians utilize eggs because no killing is actually taking place.  This one complete cell provides critical nutrients that are hard to find in a vegetarian diet.  Eggs are one of the only known food sources of Vitamin D, Vitamin A, and muscle building lecithin.

9.  Quinoa (Pronounced Keen-wah) – For thousands of years the people of South America have enjoyed the strength and endurance that are provided by eating quinoa.  This is the highest protein grain on the planet, providing all 9 essential amino acids.  Quinoa was once known as “The Gold Of The Incas,” and it’s now making a reemergence as a valuable alternative to genetically modified wheat, corn, and soy products.

10. Maca – Maca is a remarkable cruciferous vegetable that contains 20 different amino acids.  It’s a well known fertility food, adaptogen, and aphrodisiac.  Maca is a rich protein food that helps to regulate the endocrine system.  It’s well documented to help fortify the immune system and promote the production of healthy hormones. 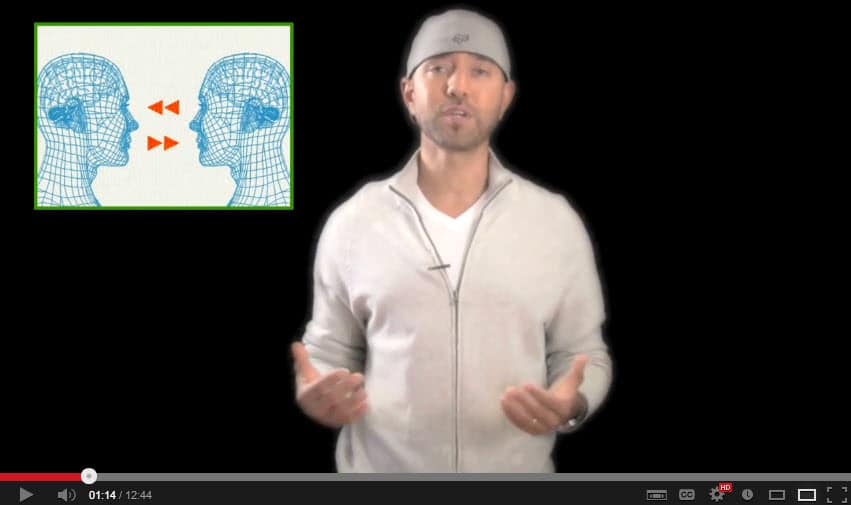 How To Bulletproof Your Health Results 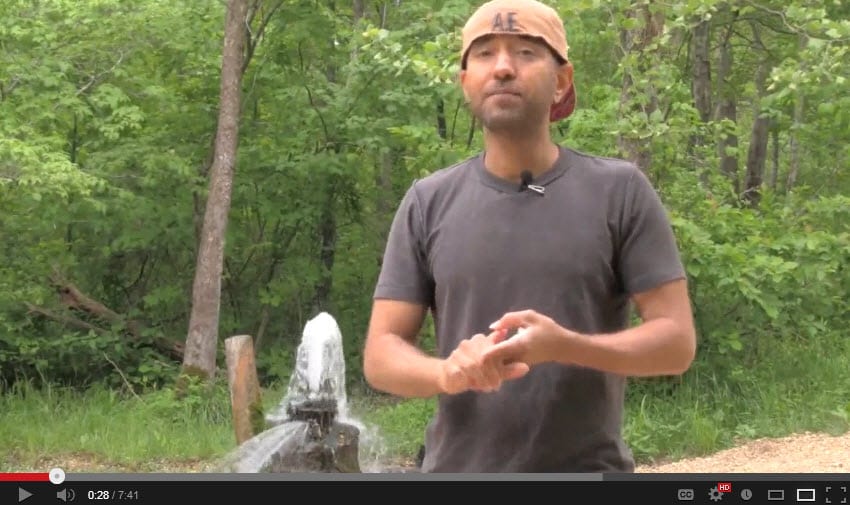 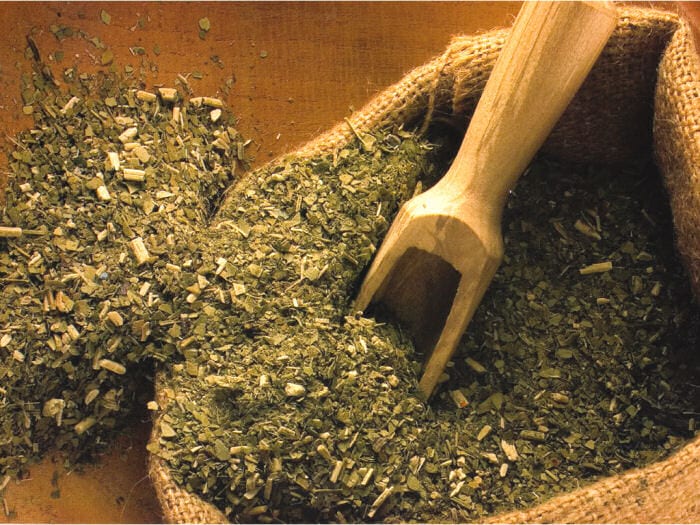