TMHS 582: How Antibiotics Can Damage Your Brain & The Microbiome-Covid Connection - With Dr. Robynne Chutkan 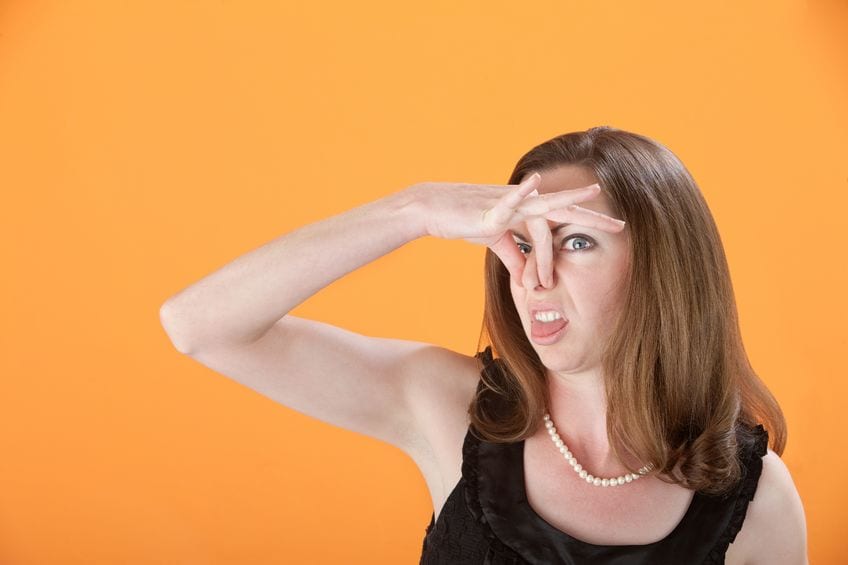 A recent survey revealed that bad breath was the biggest turn-off on a first date. Someone can look nice, be sparkling clean, but if they open their mouth and the aroma of death creeps out, it’s pretty much an impression that you can’t overcome.

Have you ever been talking to someone and you try to breathe out whenever they do so that you can avoid breathing in that ungodly smell? Have you ever been forced to become a temporary mouth-breather to spare your nostrils the pain of being abused by someone else’s poor internal hygiene?

If you’ve never been through this, I’d like to congratulate you. But I also want you to do a double check and make sure that the offensive person I’m describing isn’t actually YOU.

Look, brushing everyday is great. We know that it’s important in preventing cavities, removing plaque, and lowering the risk of gum disease. But did you know that brushing is only reaching around 60% of the surface of all of your teeth? There’s still a lot more area to cover… and that’s where flossing comes in.

Not flossing is like not wiping. There, I said it. If you’re not cleaning the whole area after using it several times a day, then a whole lot of nastiness is just lingering around in your mouth.

The food particles embedded in your gum lining and in between your teeth can quickly accumulate bacterial activity. This can lead to plaque buildup and create smells that might have your date asking for the check way earlier than you expected.

Not only is the smell an issue and a killer for your social life, but not flossing can have some serious health consequences that you need to know about. Here’s 4 essential health benefits of flossing your teeth. Don’t floss at your own risk!

1. Teeth flossing reduces your risk of diabetes – Think these two are totally unrelated? Well, think again. Severe infection and inflammation in your gums (something know as periodontitis) can spread throughout your entire body, increasing insulin resistance and damaging blood vessels.

Insulin resistance is a huge component of diabetes, but it’s also a component of unsightly belly fat. The systemic inflammation caused by periodontitis and not flossing can literally increase your risk for diabetes and it’s related problems. Diabetes also reduces your ability to fight infection, so the problems in your mouth will only get worse. The solution?

2. Flossing reduces the risk of gum disease – This one is pretty obvious for most people… yet, only 10 percent of people actually floss regularly.

Gum disease (or gingivitis) is caused by uninterrupted plaque formation on the teeth. Plaque is a sticky film mostly comprised of bacteria. This film develops radically faster by consuming high amounts of sugar and starches (which makes the bacteria in your mouth go bananas – no pun intended).

This film needs to be removed daily, and if allowed to sit on the teeth too long, this plaque begins to harden and become something called tartar that will likely require a dentist to remove it.

Bottom line, research shows conclusively that plaque formation is radically reduced by teeth flossing. Eliminate the root cause of the problem so that you can prevent gingivitis and keep your pearly whites in tact.

3. Flossing helps to eliminate bad breath – In a recent study of twins (ages 12 to 21) flossing was found to improve the breath and also reduce bleeding of the gums.

Each twin was placed into 1 of 2 groups. Group 1 was given a regimen of brushing their teeth and tongue only. Group 2 was given the same regimen but added daily flossing to the mix. The study published in the Journal of Periodontology showed that the flossing twin had better breath.

Did you know that bleeding gums is also a huge contributor to stink mouth? Well, the flossing twin had less gum bleeding too which also contributed to having less offensive breath. FINALLY a way to tell twins apart.

4. Teeth flossing lowers risk of heart disease – According to the American Academy of Periodontology, people with periodontal disease are almost twice as likely to have coronary artery disease (also called heart disease). Although it’s not yet fully understood, the inflammation created by periodontitis appears to be a player in damaging arteries.

This is huge news for a lot of people because we tend to think of our body in sections, instead of understanding that everything is literally connected. Every cell in your body is influencing the function of every other cell.

Inflammation in your mouth and gums can be a major contributor to damaged arteries by raising your body’s inflammatory biomarkers. The same bacteria associated with advanced gum disease has also been found in diseased human heart tissue. Pretty crazy, right?

Well, if this doesn’t give you reason enough to floss, then you must be one heck of a risk taker. Just 2 minutes a day…. Just 2 minutes a day!! That’s all you need to reduce the risk of chronic disease AND help you to be more appealing the next time you’re in close contact.

Remember to floss on a regular basis, learn how to do it correctly, and you’ll be enjoying a more healthy body and social life.

I want to hear from you now. Is any of this news interesting or surprising to you? Do you already floss regularly or do you plan to now? Let me know in the comments section below! 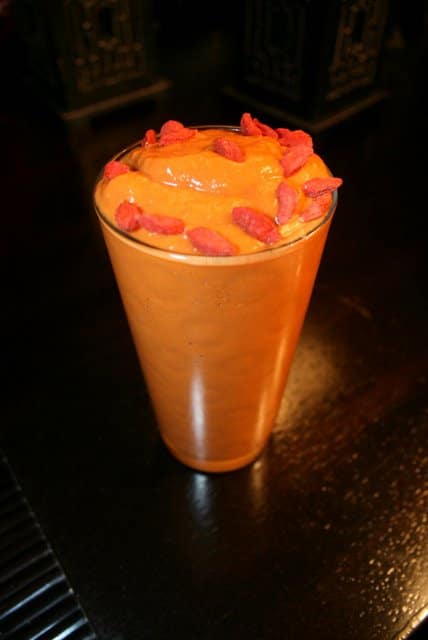 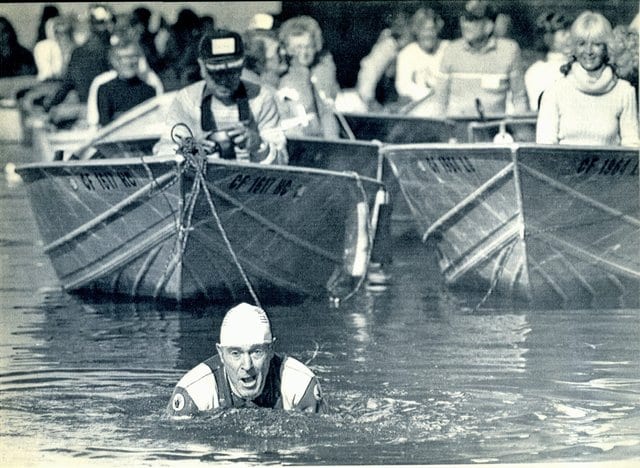 Jack LaLanne – A Hero And A Friend 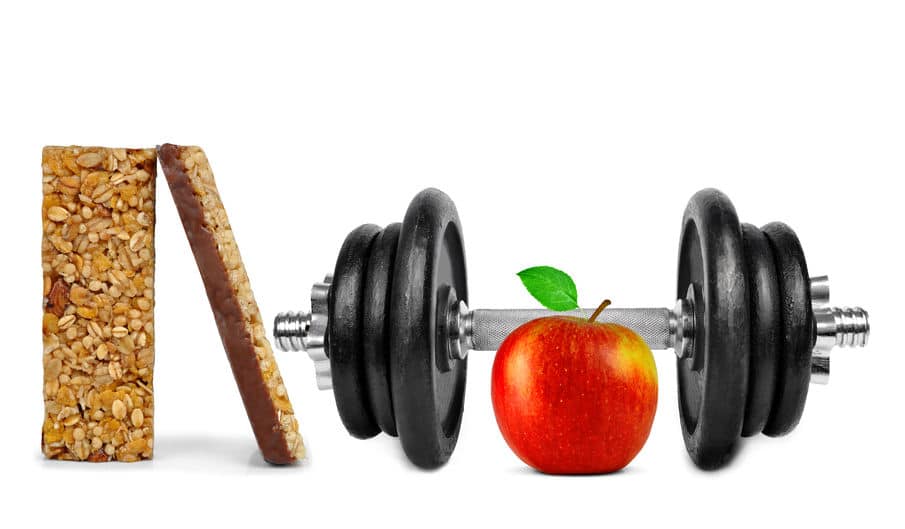 Fitness
TMHS 579: Use These 9 Fitness Tips To Upgrade Your Body
Nutrition
TMHS 581: How To Use Movement To Transform Your Health And Mindset - With Jaja Vankova
Relationships
TMHS 570: The Relationship Revolution: How The Pandemic Has Created The Opportunity For Better Connections
Sleep
TMHS 580: The Biggest Mistakes People Make When Trying To Get A Good Night’s Sleep
Stress Management
TMHS 534: The Impact of Fear And Anxiety - And Reframing Things For A Healthy Mindset Moving Forward!
Financial Health
TMHS 559: How To Upgrade Your Self-Image To Elevate Your Life - A Tribute To Bob Proctor
General Health
TMHS 582: How Antibiotics Can Damage Your Brain & The Microbiome-Covid Connection - With Dr. Robynne Chutkan
Personal Development
TMHS 578: How To Transform Your Mind, Body, & Mission - With Eben Britton